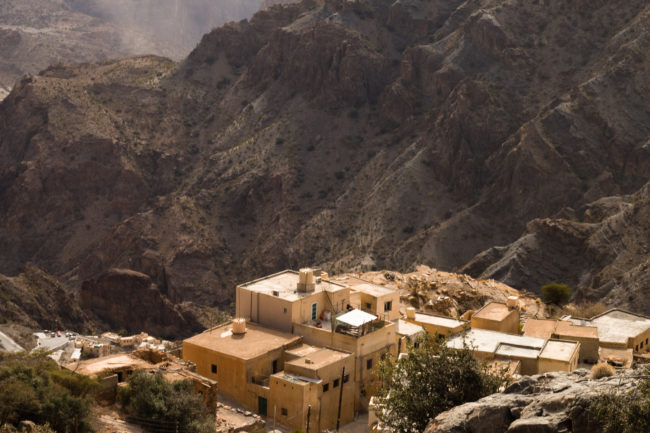 For those who expect Oman to be cheap… You can stop reading right now. Oman is very much a destination completely off the beaten track especially for backpacking tourists. There is almost no infrastructure like hostels or cheap guesthouses. The buses in between the cities are also a rare sight so the best option is to rent a car. To crazy ones that would like to hitchhike and wait for those precious rides in the boring, desert sun… good luck 🙂

In Oman we miraculously spend only 933 euros over 12 days. So that makes almost 39 euros per day per person.

So let´s explain how it turned out so “cheap” 🙂

Our journey started in Muscat, later on we continued along the coast passing villages and going further and further south to Sur and Al Hadd where there is a beach known for being a turtle nesting area. From the coast we went camping in the desert and then back to civilization in the old town of Nizwa. From there we went to see the mountains and valleys on our way back to the capital.

In the capital we traveled by bus which wasn’t too expensive (1 OMR for us both for a ride, around 2.5 euro). For the rest of our route we rented a car. Unfortunately travelling by bus was just not an option. Although buses between the main cities do exist, they are not very frequent and to get to the villages we would have to try hitchhiking… And renting a car didn’t turn out to be so expensive. We managed to get one for 172 euro for 7 days. I don’t have to tell anyone that as one of the countries rich in oil, petrol was not a deal breaker in our budget (on petrol we spend 15.3 OMR so around 37 euro).

On buses, car rental and petrol we spend a total of 238 euros.

In Muscat we stayed in possibly the only hostel in the country and it’s listed on Airbnb. We didn’t find it there. The owner of the hostel was a friend of our friend and he offered us staying there for free. Idrees was just such an amazing host, he really made us feel at home and helped us with everything. He also explained that hostels are not really welcomed in the country since backpackers and cheap travelling is not really desired. Surprisingly camping is no problem. So that’s what we did for a few nights. To be clear there are no campsites so also no toilets, showers and commodities like that. Just nature…

Our total of 124 euro for accommodation we spend for 3 nights in Nizwa in an Airbnb. For that money we got a really nice room with private bathroom and only a 10 minutes ride from the historical town of Nizwa.

On food and eating out we spent a combined 262 euros. The 118 euro we spend on eating out was mainly fast food and coffee to use internet. Majority of the times we bought food in the supermarket and cooked ourselves also while camping.

On tourism we spend 20 euros for entrances to some forts and the Royal Opera House in Muscat. From what we researched online, tours are very expensive. For example 2 days (1 night camping) tour to snorkel was 85 OMR so around 200 euro… and that’s pp. That was actually one of the cheapest things I found. Going to the desert with a tour was out of reach even for our dreams.

Where did the rest of our money go?

In the 145 euro for equipment we included some clothes that we bought as well as 17 OMR (around 40 euro) that we spent on mattresses and sleeping bags. Buying those was actually cheaper than renting. The rest of the camping gear we borrowed from the hostel.

In the 144 euro for miscellaneous we included our one month visa for Oman (20 OMR each so around 95 euro together), car insurance and sim card that we bought to have mobile internet while camping (sim card + 1gb internet was just 2 OMR so around 5 euro).

How to get to Oman?

We came on a bus from Dubai and that was the cheapest option and costed only around 27 euro for both of us (not included in this budget). It took 7 hours and at the time when we used that option there were 3 buses per day and it was operated by a company called Mwasalat. There was also the same option going from Abu Dhabi.

How to rent a car in Oman?

We rented a car via Pepe Car which is available only to a few nationalities. That was the cheapest option really. We got a great, functional, medium sized car for a smashing price of 172 euro. To go with it we bought an insurance from an external company to cover the potential damages. We always did that one because it turns out cheaper than adding it to your rental option. It’s also good idea to check renting over various days, in our case renting for 7 days was cheaper than 5…. Weird but true:)

For renting a car in Oman we just brought our European driving license. They didn’t require an international one.

Our tips to save money in Oman