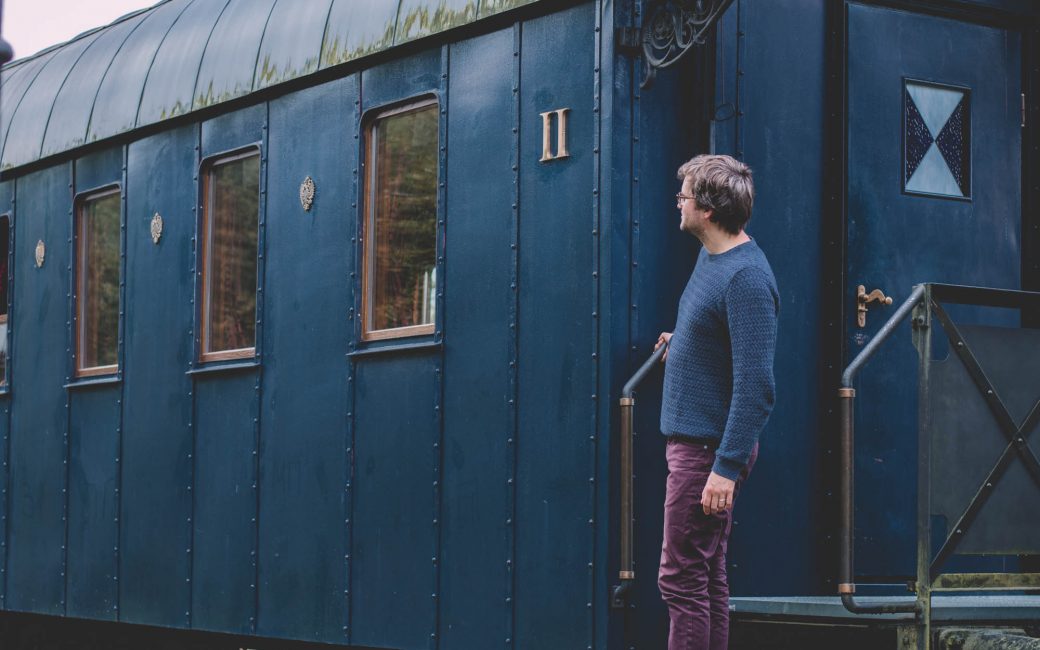 The Orient Express has always been a very highly placed dream on my bucket list. The old-time splendor, smell of wood, sounds of a riding train and excitement of a new adventure…. Who wouldn’t want it?

Over the years I have searched for Orient Express-like trains… and they were always outrageously expensive. I already made peace with the simple fact that that item will never disappear from my bucket list. Life works in mysterious ways and in the least expected place I found out that my dream could be an affordable reality.

A couple of years ago we visited the Białowieski National Park to see bison and untouched nature. During one of our bike trips around Białowieża we came across an old train station now adapted as a hotel and restaurant. Quite a bizarre sight considering how dense the surrounding forest is. Back in the XIX century it was one of the favorite hunting places of the ruling Tsar. He loved coming there but the last part of the journey had to be done on horse and was difficult during autumn and winter. To get there faster and easier he decided to create a train station. In 1897 the work was completed, a station named Białowieża Towarowa came to life. With time it became a destination for passengers and goods trains. Somehow the place survived the First and Second World War and years of abandonment. In 2003 its new owner decided to turn it into what it is now… an extraordinary hotel and restaurant.

The first time we saw it, we could only admire it from the outside. It might be affordable for European standards but for our backpacking budget back then it was a vague dream.

The idea of coming back there popped in my head as my 30th birthday was approaching. I really wanted that day to be special. After all you don’t say goodbye to your twenties every day.

Carska offers various accommodations in the old water tower, station agent house and… train wagons. It was clear to me that we had to get that last option.

The wagons are designed to bring back that XIX century Tsar splendor and make you feel like you travel back in time. Each of the four is a bit different but all of them are stunning, filled with vintage pictures, lamps and even a peculiar belt opening system for the windows. To maximize the feeling of a train they are connected with a vintage steam engine locomotive. Pure orient express experience… maybe except for the fact that it’s not moving… But we had a solution for that too. We played a YouTube clip with sounds of a moving train. It was just pure magic.

At night the place was pitch dark and it played tricks on our imagination. As we got used to it we appreciated the sounds of nature coming from everywhere, stars including the Milky Way (absolutely no light pollution) and flying owls.

For forest lovers there are amazing paths just a short walk from the wagons that we indicated on the map below.

Carska restaurant serves local cusine inspired by Tsar times. Their menu features a lot of game meat, berries and mushrooms. It’s tasty although quite pricey. They also serve breakfasts that are included in the price for the guests. The quality and quantity really vary per day… and is a bit underwhelming considering that the hotel is rather high-end for polish standards. Once we had an average breakfast in the restaurant room and once in a beautiful hunting room with a huge selection of meat cuts, egg creations, fruit etc etc.

There are buses going to Białowieża but because Carska is situated outside in the forest it’s very recommendable to go there by car. For a more affordable option (if you don’t have too much luggage) you can also rent a bike in Białowieża.

One night in one of the wagons costs around 100 eur. Other accommodations vary from 80-130 eur.

More about activities around Bialowieza?