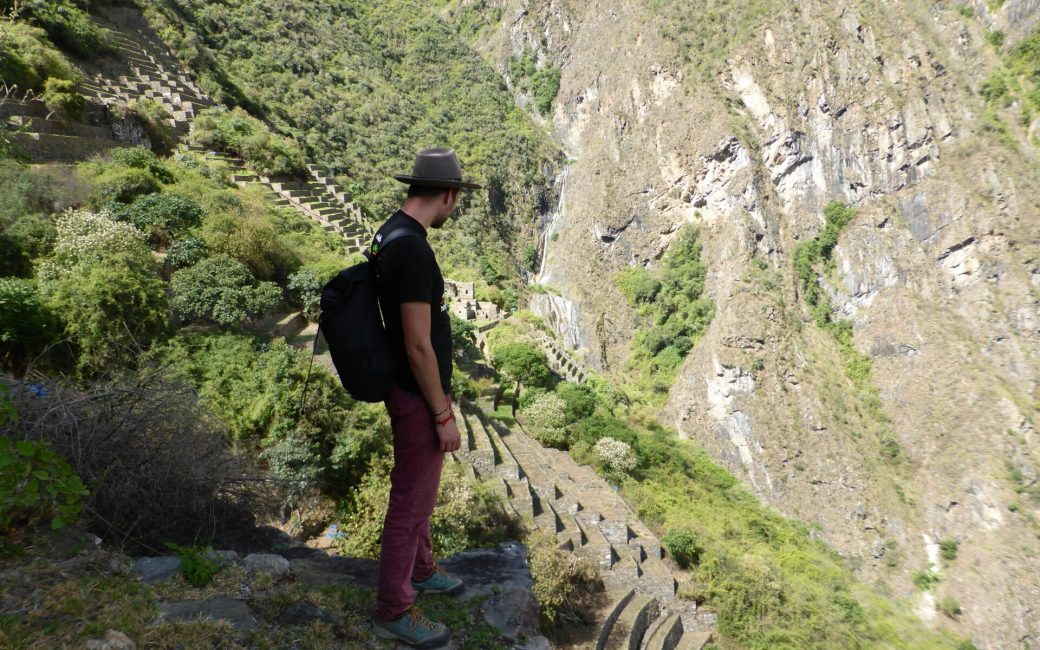 Peru is a country of contradictions so also the spendings are extreme from really cheap dorms to expensive restaurants. In Peru we really wanted to do everything possible just because for us it wasn't a country that we would LOVE to come back to. Let's say people over there were not our favorite part of Peru. And so we stayed for 70 days spending a total 5227 euro so 37 euro per day per person. That includes fancy dining and also a new laptop and some clothes:)

In Peru we saw a bit of everything. We started around Lake Titicaca which we didn't like at all so we moved quite fast to Cusco. There we stayed for a long time to explore all the surrounding ruins. When all the Inca constructions and mummies started to look alike we hit the road again to get to Lima. The city itself didn't take our breath away (not even with the amount of pollution in the air) so we left it after a few days to see a bit of Peruvian coast. And so we ended up in Huanchaco, a tiny town on the coast. From there we went for the adventure- The Amazon, visiting Tarapoto, Yurimaguas, Lagunas and Samiria- Pacaya National Park. Afterwards on the way out of Peru we passed by Chachapoyas.

By kayak, by local buses, on foot:) spending 458 euros on transport (including bus to Guayaquil in Ecuador)
Example of bus ride: Bus from Lima to Trujillo was 75 soles (around 21 euro) and it took around 20 hours.

In tents, on the floor in the jungle, in dorms and sometimes in private rooms.

On accommodation we spend 828 euro spending 21 days in private rooms and the rest in dormitories, tents and on the floor. Generally the prices in dormitories didn't vary that much per city but the private rooms were a different story. In cities they were way more expensive than in the Amazon or close to Lake Titicaca.

Examples: a bed in dorm in Cusco was a cost of around 6-9 euro. Going to the Amazon for 15 euros we already had a private room with private bathroom.

From shitty imitation Chinese food to high quality food in fancy restaurants- in Peru we wanted to try everything, it's highest and it's lowest just because it seems to have the best food of South America (Peruvian dreamers even say world's best). We did have some amazing food but as a cuisine I wouldn't say it was anywhere near Asian, French , Italian or even Spanish.

We spend 538 euros cooking on our own. Buying ingredients without saving in the supermarkets  and local markets (no dry rice or instant noodles unless on a hike). 1039 euros was invested in various eating out experiences, some fancy and some on the edge of poisonous (our dinning experiences in Lima)

On tourism we spent 1722 euro  of which around 843 dollars went for a 5 day Salkantay trek to Macchu Picchu (for the two of us). The rest went for different hikes that we did (Choquequirao trek), excursion through the Amazon, entrances to museums and ruins.

What else did we spend our "soles" on?

In Peru we finally bought a laptop- tired of trying to post and write and do everything with a smartphone. We also bought some clothes. All of that falls into the category "equipment" which cost us 393 euros.

Our tips to save money in Peru:

One thought on “How much does it cost to travel in Peru? Our budget and tips”