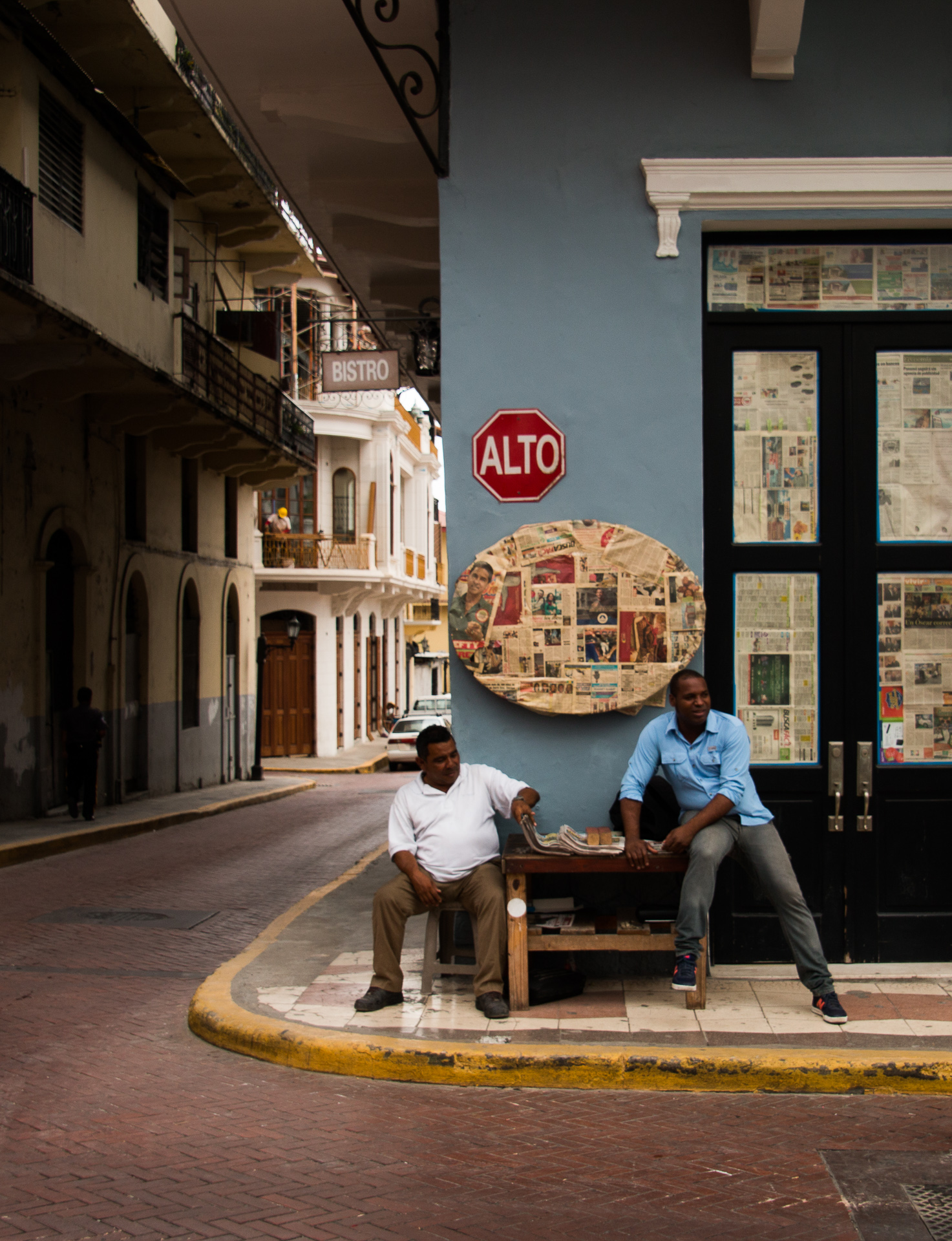 Panama City is most certainly not like any other city we saw in Latin America. First of all it's really clean, we could walk around in our flip flops without having to jump between mountains of poo. There were way less homeless people lying on the streets. We didn't have to look around anxiously while running through the pedestrian crossings because the drivers were really stopping on red!! And not only a red light would stop them, every time I was taking a picture, they would stop not to destroy my shot. Panama City was definitely a whole other world compared to other cities in Latin America. Rather peaceful, cheerful people and... It was actually really pretty! We are both not particularly city people and for sure we are not in love with cities that we saw so far. But Panama City was so vibrant, colorful and organised. The old city town was charming, full of soul, hip cafes and restaurants and undisturbed by skyscrapers. It was visible that someone thought about the city before building its new part which is completely separated from the old part. They didn't think too hard though as in the middle of the modern part of the city they placed a Donald Trump tower but well ... It still has it's charm. For those who want to drive through the city but skip the narrow streets of the old there is a road that goes above the water. It's faster and it offers incredible views of the old & new.
Honestly we both thought The Canal was the least impressive of all that Panama City had to offer. It was massive but it was nothing special. Big ships passing through a big canal that's pretty much it.
Below few pictures from lovely Panama City:)