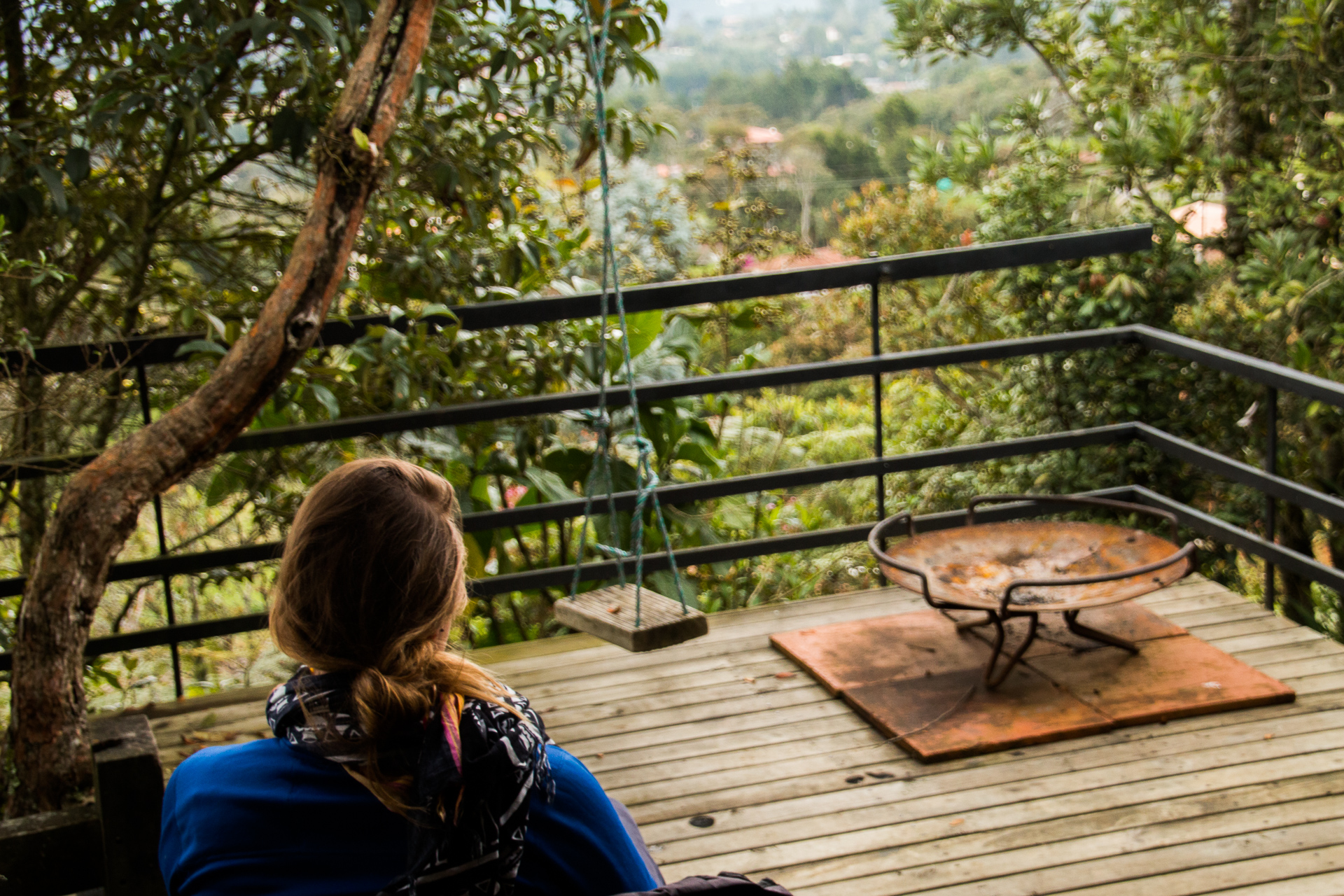 The last days in Colombia were difficult, we were realizing that something was coming to an end. On one hand we wanted to eat as much papayas, granadillas and dragon fruit as possible on the other we were ready to go to Europe. 14 months in South America has been incredible but we were on for a change. I think we were ready to leave the chaos, dirt and noise. At least for a while. We actually didn’t wait for our flight to do that, for the last couple of days we stayed in the middle of absolute nowhere an hour from Medellin. Santa Elena was a sleepy, green village in the forest. It was a different world. We stayed in a portable house which was just spectacular! Just us, nature and weird bugs.  Perfect scenery to contemplate our journey and the new chapter ahead of us.

Our flight to Europe was a long, long one. It stopped before it even started as they had to clean the plane. Nope, it absolutely couldn’t get cleaned before. It took 1.5 hr.

After many hours of movies, we reached Madrid and then Barcelona. Getting out of the airport we realized that 16 degrees in Europe is really cold. We were wondering if we were the only ones feeling that way because half of the tourists that we saw along the way were practically dressed for the beach. Possibly they thought that Spain is always hot or they were determined to get the best vacation pictures possible. Selfie sticks were everywhere and who didn’t have one could easily buy one on the streets. The local sellers are not screaming Gaudi anymore, now the only English words they know are “selfie stick”. And there are some pearls to photograph. Honestly for us everything was
beautiful, even food on the market. All well-presented and ready to buy. We were in heaven. We didn’t have to look
 at bananas 100 ways with rice. And there was no corn either. Just croissants, bread, ham, cheese, fruit and veg all of it was our dream coming true. After a nice dinner we could even flush the toilet paper. Only the prices were less of an excitement. The pearls of Gaudi’s architecture have reached just outrageous prices, unfinished Sagrada Familia costs 15 euros if you don’t want the view from the towers if you do 30… Batllo
house is now 22.5 euro and there are still plenty of people waiting in line. Even though it’s expensive Gaudi has created some marvelous architecture in Barcelona and it would be a sin not to see it so we did. The playful light in Sagrada Familia was just spectacular,
incredible colors at every time of the day, I wonder how it will look in 2026 when it’s finished… and how much it will cost. Casa Bartllo was a masterpiece and walking around with kinda smartphones that were showing us how the house looked like when it was just built- insane idea. Obviously Bcn has so much more to offer except for Gaudi’s work and architecture in general. Shopping for example...:) unfortunately we didn’t manage to buy much. And now off to Galicia!!