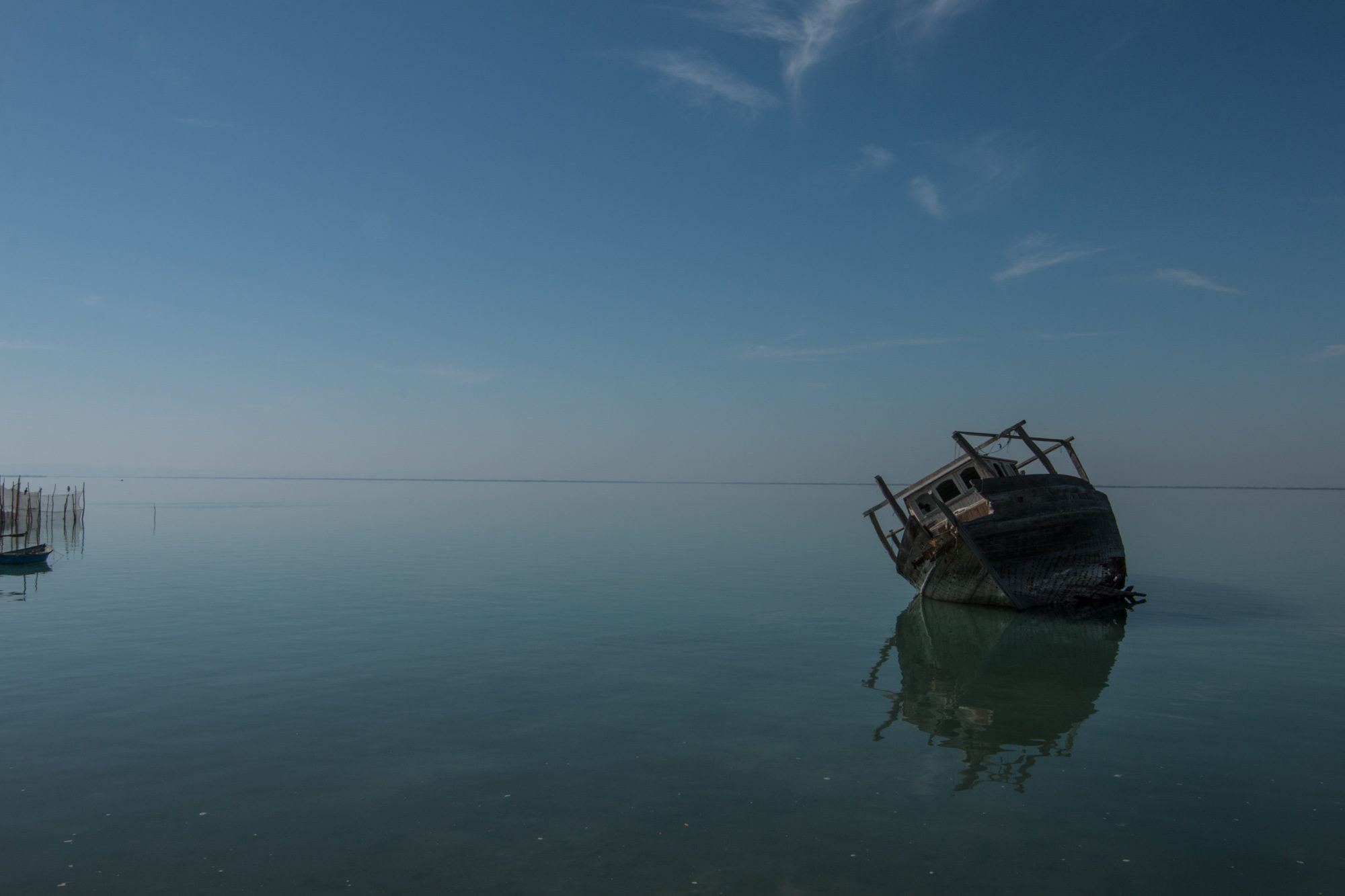 Persian Gulf, island, sea and sun should be a recipe for a perfect place. It sounds just about as exotic as it gets… right?

On the main land we already heard stories about the islands in the Persian Gulf. Kish was supposed to be an Iranian Ibiza where people are loose, guys can even show some legs in shorts and life goes on between resorts and beaches. We didn’t get the chance to see that but prices of hotels indicated that it had to be spectacular.

On the other hand Qeshm was supposed to be in between the main land and loosy Kish. We were really excited to see how that would be and so we found the nr 1 homestay on the island and packed our bags.

Assad started his homestay (Assad’s homestay) from couch surfing, just like many Iranians he was interested in foreigners, wanted to meet them and show them around. Now it’s a rather booming business. In high season he is booked the whole time. From one maybe two rooms he went to four and more are in the planning. It’s a very basic accommodation but a good opportunity to meet other people and pair up with them to see the island as you absolutely need a car. We just felt that the charm of the little homestay was disappearing with it being more and more popular and more and more business- like. Assad was not really interested in meeting people as such anymore. At this point he wanted to earn and he wasn’t hiding it at all which made us uncomfortable at times.

We also realized that 13 euro per person (full board) it’s actually expensive taking under consideration that food is very simple and basic, location is in the middle of nowhere and a hotel in the main town with great internet (the best in Iran actually) was just 20 euro. When we looked at the map we actually thought we would be staying close to a beach where we could stroll in the evening and maybe enjoy a sunrise once or twice. It was filled with garbage like just about the whole island. Really a sad sight…

That said we met an incredible Iranian-Canadian chef who made our stay there just unforgettable. Not only did he bring great food to the house but also a fun atmosphere and some smuggled beer (Sssshhh). 8% warm beer from the Philippines, drunken secretly could have never tasted better.

Qeshm is not a beach destination. As a woman I would have to swim in all my clothes anyway so I didn’t mind that much. It also misses the impressive architecture of the main land. With the food we were also not particularly impressed. But there were two sights that made this trip all worthwhile…

Locals believed that a huge star fell onto their Island and created 7 to 15 meters columns. Nowadays we all know that it was rather water and wind erosion. Walking in between the columns is just unbelievable but it’s the standing above part that we loved the most. Looking from above it looked like a massive plateau with holes everywhere. It reminded us of the Kaluts a bit but then more dense and packed together.

The Chahkooh canyon was a number 1 sight on the Island and one of the Iranian highlights. It was not just one long canyon like we expected but an extensive labyrinth of passages going further and further on every turn. We could just walk around, explore, climb everywhere and looking up we always had a long, long narrow tunnel going up. JD thought it was a perfect location to shoot “127 hours” part 2 if they wanted to.

We really thought there was nothing else to see unfortunately. The main town didn’t have anything special except for beautifully dressed women, some even in traditional facial masks. Nearby Hengam island had a little bit less littered beaches and it was not crowded but that’s about as positive as I can be about it. The nearby Mangrove forest we admired from a motorboat in extensive gas fumes rather than fresh air. We didn’t see any animals. No wonder, the water was dirty, oily and plastic was also not foreign to the place anymore.