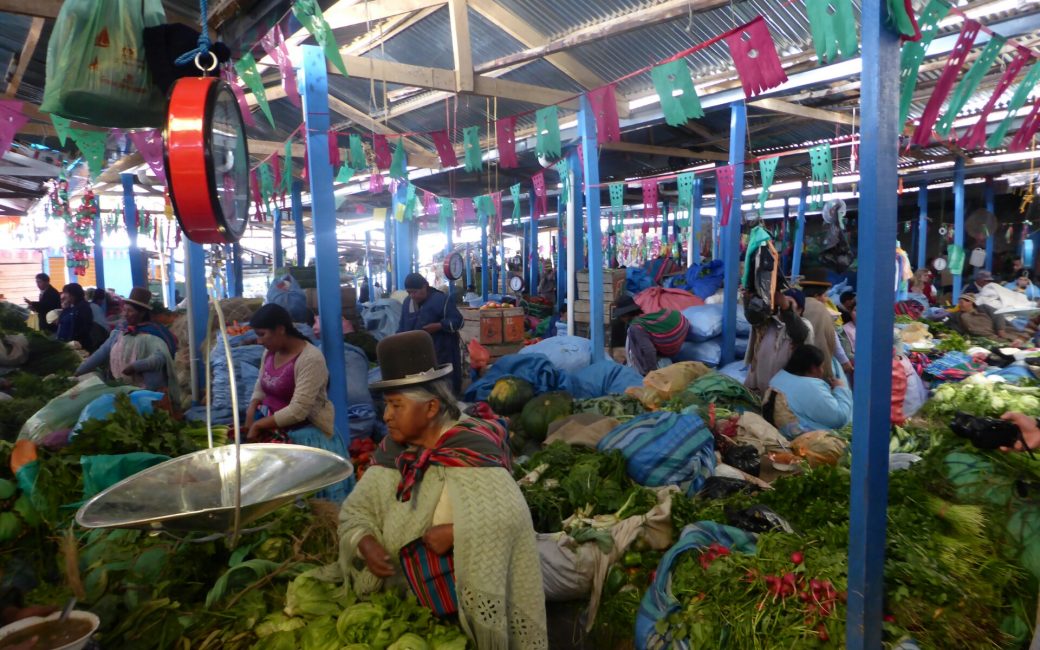 After Argentina it definately feels like a relief that there are cheap countries in South America! And Bolivia is one of them.
During our 49 days in Bolivia we spend a total of 2329 euro which means that our budget per day was 23.76 euro per person. And that including Jandirk's really intense spanish course for a month:)

We entered Bolivia from Argentina going first to Tupiza later on a 4-day tour to Uyuni. Afterwards we stayed for over a month in Sucre where Jandirk took an intense spanish course. Later we continued to La Paz and to Copacabana at the coast of famous Lake Titicaca.

We travelled mostly by local buses which were very, very cheap. In total on buses we spent only 129 euro. They were not very comfortable as Bolivians have a different definition of full so they try to put as many kids and people as possible also when it means that you will have kids and adults in between your legs. But Bolivia is generally small and so the bus trips don't take that long and they are quite entertaining:)

On accommodation we spend 583 euro spending 10 days in private rooms and the rest in dormitories. The differences in prices between the cities were not really that big (night in a dormitory was around 35-45 bolivianos per person so around 5-6 euros). In more rural area accomodation was even cheaper (on Isla del Sol we paid 25 bolivianos per person).

We spend 652 euro on food, mainly cooking ourselves but we did eat out every now and then (definately more than in Argentina). We cooked a lot of quinoa and fresh vegetables and herbs, all of which are really cheap and easy to get on the local markets. We also didn't deny ourselfes local, extraordinary fruit.
We also went out for a few drinks, not too often and nothing extravagant.
Eating out: eating out is either cheap or super cheap. On Isla del Sol we ate a 2 course menu (soup and for main fish, rice and salade) for 25 bolivianos each (around 3.25 euro), in Sucre main course for dinner would be around 40-50 bolivianos (around 5.2-6.5 euro).

On tourism we spent 393 euro  of which 344 euro was a 4-day excursion for us both to Salar de Uyuni, going through lagoons, mountains and hot springs. Entrance to Tiwanaku was 80 bolivianos per person (around 10.40 euro). Less known museums like textiles museums are around 22 bolivianos (around 2.86 euro)

How much does it cost to learn spanish in Bolivia?

Bolivia is definately one of the best countries to study spanish. Bolivians speak were clear and slow spanish and it's really cheap to take spanish lessons. Jandirk took an intense course (5 days per week, 4 hours per day) for a month for 363 euro.

What else did we spend our bolivianitos on?

209 euro went for different kinds of medication as we were both a bit sick and I had an eye inflamation, we also washed our clothes a few times (around 9 bolivianos per kilo so around 1.17 euro). 520 bolivianos (around 67.61 euro) went for our new day pack.